I’ve grown a beard (and other stuff)

As you can see from the picture I’ve grown a beard! It appeared whilst I was ill and daughter No.2 said I looked cooler and trendier. Daughter No.1 sort of agreed. My wife said it was more ‘writerly’, whilst my boss and colleagues said it just made me look older. The jury’s out and we shall see whether it stays. Although, shaving it off now will create its own problems as I have got a tan from my trip to Glastonbury (despite the rain) and regular games of tennis.

Work has had its own challenges. Everything had been looking really good for this year, until a guest brought Norovirus on to the Resort and we had to deep clean and try to prevent further outbreaks for a couple of months. It was tenacious and insidious with re-infections prompting further deep cleans and the press deciding that this was newsworthy. We are now long past this and looking forward to a Summer of Fun as we welcome families to the Resort over the school holidays.

I took Daughter No.1 to Glastonbury for the first time, helping out with the accreditation for the Theatre and Circus area. It gave me a very different festival experience as I allowed her pretty much free reign as to what we should decide to see. We were at the front for Hozier, Ben Howard, Florence & The Machine, Django Django and George Ezra. It was strange – despite enjoying the music with Megan I did feel self conscious that I was a middle-aged man in a sea of teenage girls. Watching The Who was a good tonic – they made me feel young.

Now we’re back, I’m busy working on a new ‘culture’ project at work and getting ready for our family holiday in Serbia at the end of the month. Megan is waiting for her GCSE results whilst preparing for ‘A’ levels – she works so hard – it was never like that when I was at school. 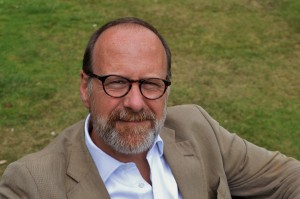 Writing wise, I have completed another couple of short stories and have (finally) sent my crime thriller, The Providence Clause, for professional editing. It has already gone to friends (thanks Sian, Laura, Hoser and Rod) and their comments have informed the latest draft. I am now anxiously awaiting Ashley’s judgement. Crime fiction is something I have never attempted before and I really don’t know whether it is any good or not.

In the meantime I am back on to The Darkness in Light. I’m not sure that I will ever get this into a state that I’m happy with. It’s like the internet game, Minecraft (that Hannah tried to get me to play) – you create your immediate world and find that the space outside has changed and you have to organise that. Then, when you return to base, your environment no longer feels right and you have to change it all again.