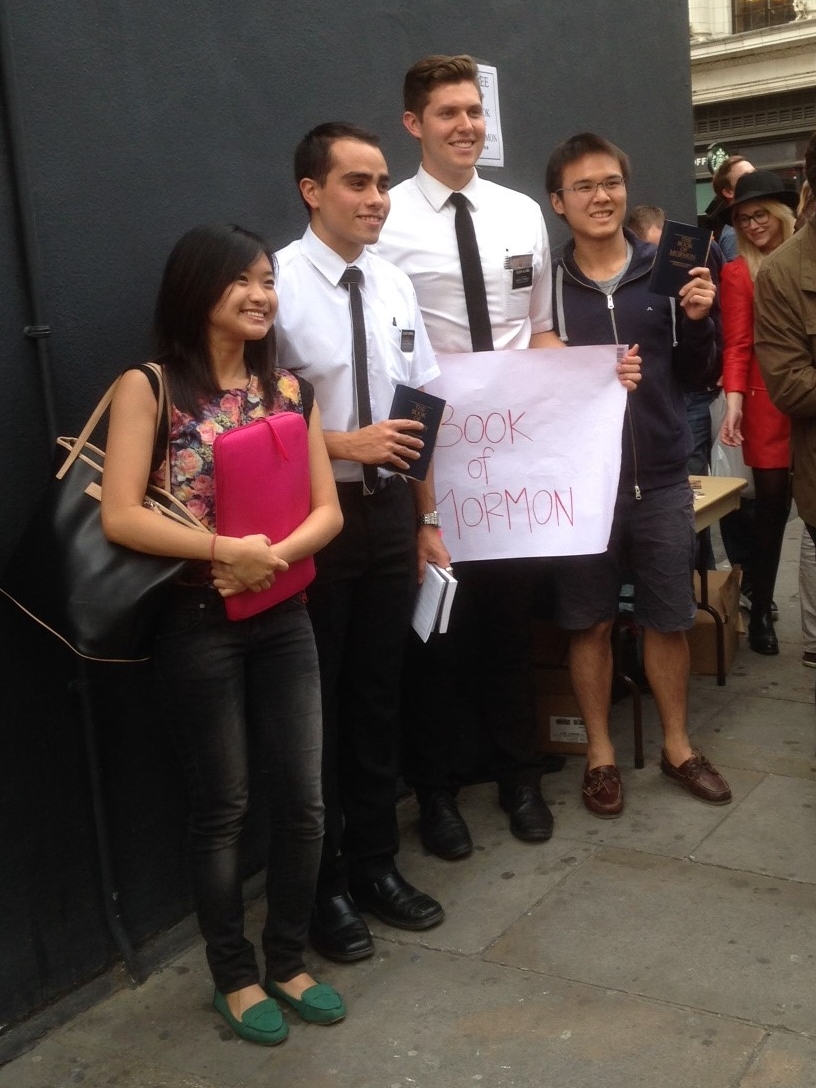 Entering September and two birthdays hit at once. Hannah turned 14 on the 7th and Megan 16 on the 10th.

Meg, on the other hand, wanted to go to the theatre and so off we went to see ‘The Book of Mormon’. It’s a fabulously rude show with laugh out loud lyrics, hum-along tunes and a rip-roaring cast. I can’t recommend it highly enough. When we came out, two real life Mormons were handing out the real thing – I guess on the basis that ‘if you can’t beat them, join them’ – good for them! We then had an hour to rush around the National Portrait Gallery before a tube back to my cousin Andrew’s to join in the celebrations for my Aunt’s 80-something birthday.

Writing wise, I’ve re-worked a couple of short stories, entered others into competition and have finally started the second draft of my novel, The Darkness in Light. Having deliberately left it alone for three months I am finding the focus for radical improvement. I’m still debating structure, but the voice is starting to come alive and it is all feeling a whole lot less turgid. I have renewed high hopes.