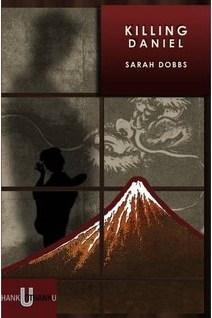 ‘Killing Daniel’ follows the friendship, separated by distance, of Fleur and Chinatsu. Both narratives, in Japan and England show the parallels in their lives and their relationships with violent men. The aggression and misogyny of their partners reflects the treatment of women in two societies separated by an enormous cultural chasm. The cross-cultural differences come to the fore when Chinatsu and her husband Yugi return separately to the UK, both revealing telling observations of the British and Britain.

There are multiple parallels in the two strands; with Fleur’s miscarriage and Chinatsu’s struggle to conceive and eventual miscarriage, their fight for individuality, their fight to escape the bondage of their lives, and their recollection of their brief past together.

I found that for the first half of the book the chapters devoted to Chinatsu were better realised, with the atmosphere claustrophobic and enticing. I liked Chinatsu and found her journey from Geisha to call girl quite gripping. In contrast I found Fleur hard to like and so it wasn’t until the second half of the novel that I became as gripped by this narrative strand.

Yugi is a psychopathic monster whose world slowly unravels as Chinatsu starts to become an individual rather than an adjunct to her husband. He is the strongest male character in the book and to some degree the men are portrayed as either brutes or wimps, but then I see them as largely ciphers for Fleur and Chinatsu’s growth from the violent oppression that formed their past and present.

Having never been to Japan these chapters evoked a strange and compelling society that I found enticing and evocative. I would be interested to know whether a native would agree. I also wanted to know more about the history and cultural differences between Japan and China as this would add a further layer of understanding in Chinatsu’s adulterous relationship with Tao.

The conclusion of the novel with the leading protagonists returning back to the location of Daniel’s death, which haunts the book throughout, is managed with brutal dexterity.

I found Sarah Dobbs’ language compelling, graphic and in many sections poetic. I have found that the atmosphere evoked, rather than the detail of the plot, has stayed far longer in my memory. This is a debut novel that is ambitious and I look forward to reading more.